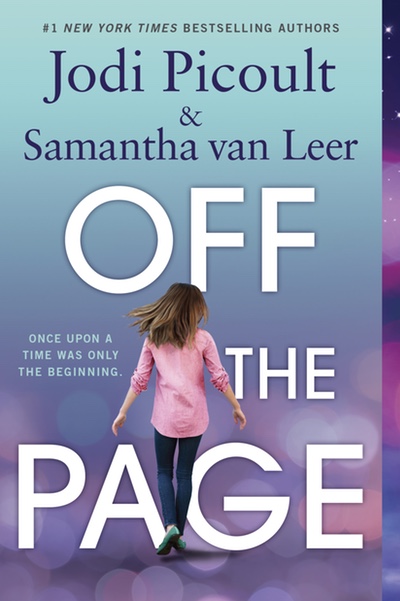 From #1 New York Times bestselling authors Jodi Picoult and her daughter and co-writer, Samantha van Leer, comes Off The Page, a tender and appealing romantic YA novel filled with humor, adventure, and magical relationships.

Sixteen-year-old Delilah is finally united with Oliver—a prince literally taken from the pages of a fairy tale. There are, however, complications now that Oliver has been able to enter the real world. To exist in Delilah’s world, Oliver must take the place of a regular boy. Enter Edgar, who agrees to take Oliver’s role in Delilah’s favorite book. In this multilayered universe, the line between what is on the page and what is possible is blurred, but all must be resolved for the characters to live happily ever after. Includes twelve full-color illustrations, and black-and-white decorations throughout.

Full of humor and witty commentary about life, Off The Page is a stand-alone novel as well as a companion to the authors’ bestseller Between the Lines, and is perfect for readers looking for a fairytale ending. Fans of Sarah Dessen and Meg Cabot are sure to appreciate this novel about love, romance, and relationships.

A great contribution to the ever versatile YA fiction genre… A follow-up to their 2012 collaboration Between the Lines, Off the Page also stands alone perfectly, introducing quirky teenage teenage characters dealing with an even quirkier literary situation as the fairy tale world and the real world collide… Together these authors manage to make these characters not only likeable, but believable through an unlikely series of events. It’s fair to say this, not so young, adult was enthralled to the end and only left me wishing that I had the imagination to come up with such a brilliant formula for a story.

“CBS This Morning” interview May 28, 2015. Norah O'Donnell, Gayle King and Charlie Rose ask Jodi and her daughter and co-author Samantha Van Leer about writing Off the Page.

Subscribe to Prince Oliver’s Adventures in the Real World channel »

Jodi Picoult with her daughter Samantha on Off The Page, the new book they've written together. BBC Woman's Hour - June 2, 2015. 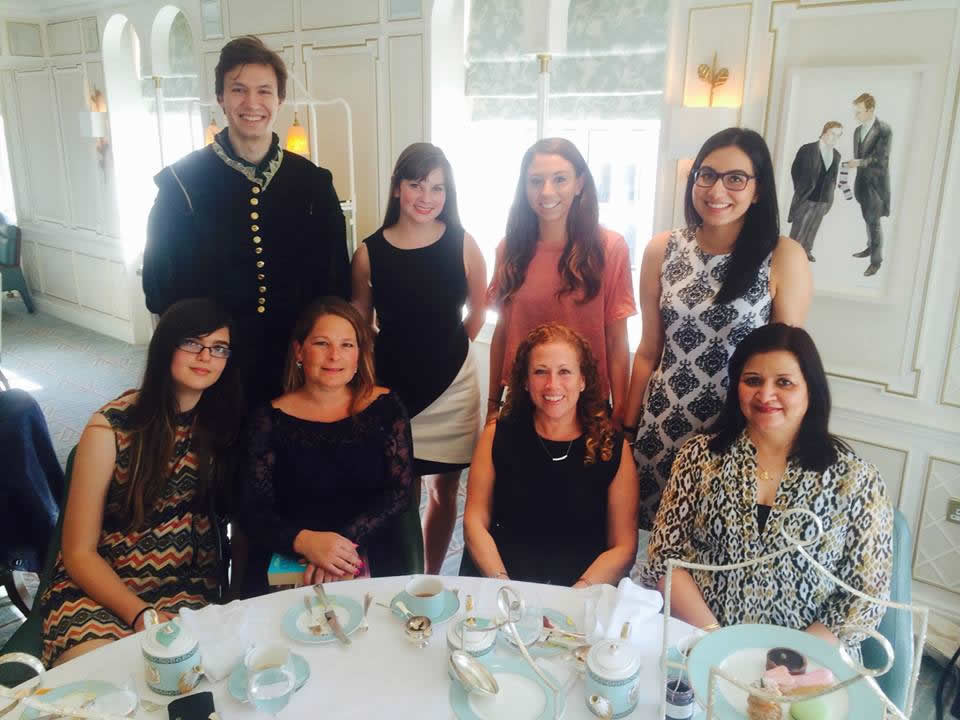 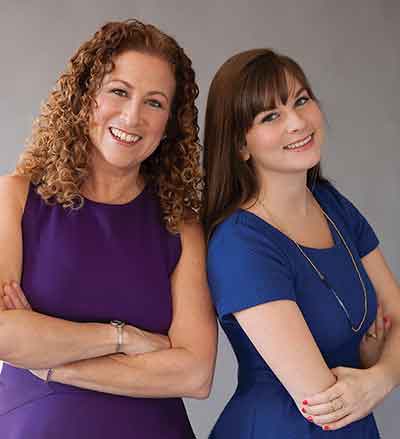 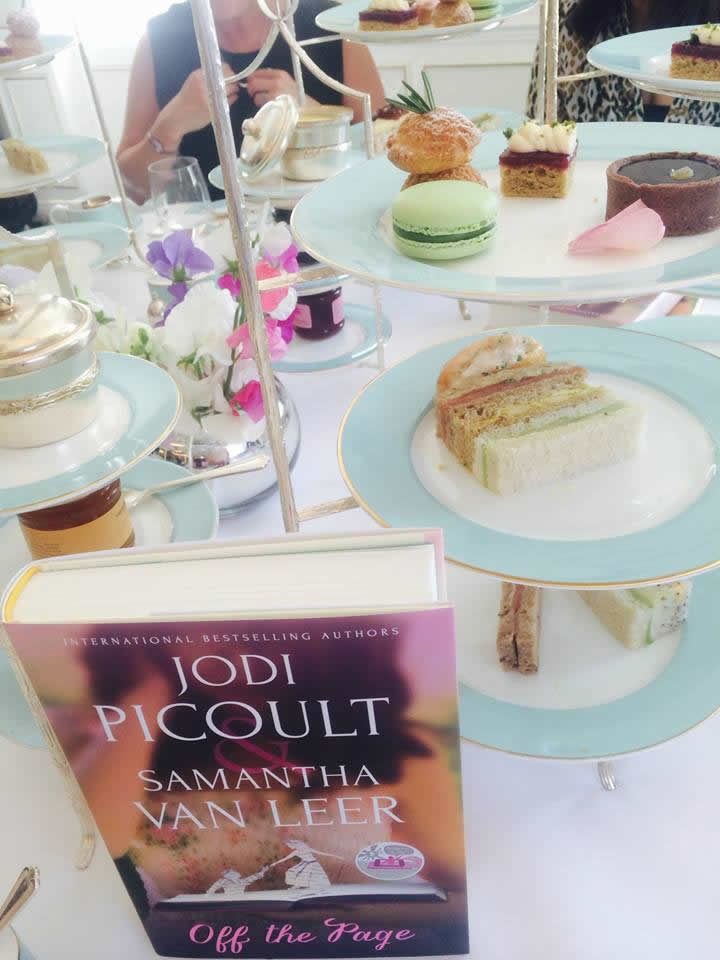 An excerpt from Off The Page

I’ve been waiting my whole life for Oliver, so you’d think another fifteen minutes wouldn’t matter. But it’s fifteen minutes that Oliver is alone on a bus, unmonitored, for the first time, with the most ruthless, malicious, soul-sucking creatures on earth: high school students.

Going to high school is a little like being told you have to get up each morning and run headlong at sixty miles an hour into the same brick wall. Every day, you’re forced to watch Darwin’s principle of survival of the fittest play out: evolutionary advantages, like perfect white teeth and gravity-defying boobs, or a football team jacket keep you from falling prey to the demons that grow to three times their size when they feed on the fear of a hapless freshman and bully him to a pulp. After years of public school, I’ve gotten pretty good at being invisible. That way, you’re less likely to become a target.

But Oliver knows none of this. He has always been the center of attention. He’s even more undeveloped socially than the boy who enrolled last year after nine years of being homeschooled in a yurt. Which is why I’m actually breaking a sweat, imagining everything Oliver could be doing wrong.

At this point, he’s probably ten minutes into a story about the first dragon he ever encountered—and while he might think it’s a great icebreaker, the rest of the bus will either peg him as the new druggie in town, who puts ’shrooms in his breakfast omelet, or as one of those kids who run around speaking Elvish, wearing homemade cloaks, with foam swords tucked into their belts. Either way, that kind of first impression is one that sticks for the rest of your life.

Believe me, I know.

I’ve spent my entire school career as that girl. The one who wrote VD Rocks! on all her second-grade valentines and who literally walked into a wall once while reading a book. The one who recently reaffirmed her subterranean spot on the social status totem pole by accidentally punching out the most popular girl in school during swim practice.

Oliver and I make a fabulous couple.

Speaking of which . . . I kind of still can’t believe we are one.

It’s one thing to have a boyfriend, but to have someone who looks like he just stepped out of a romantic comedy—well, it doesn’t happen to people like me. Girls spend their lives dreaming of that perfect guy but always wind up settling when they realize he doesn’t exist. I found mine—but he was trapped inside a fairy tale. Since that’s the only world he’s ever lived in, acclimating to this one has been a bit of a challenge. How he came to be real—and mine—is a long story . . . but it’s been the biggest adventure of my life.

“Delilah!” I hear, and I turn around to see my best friend,

Jules, barreling toward me. We hug like magnets. We haven’t seen each other all summer—she was exiled to her aunt’s house in the Midwest, and I was totally preoccupied with Oliver’s arrival.

Her Mohawk has grown out into an Egyptian bob, which she’s dyed midnight blue, and she’s wearing her usual thick black eyeliner, combat boots, and a T-shirt with the name of her favorite band du jour: Khaleesi and the Dragons. “So where is he?” she asks, looking around.

“Not here yet,” I tell her. “What if he called the bus his trusty steed again?”

Jules laughs. “Delilah, you’ve been practicing the whole summer with him. I think he can handle a fifteen-minute bus ride without you.” Suddenly she grimaces. “Oh crap, don’t tell me you guys are going to be Gorilla-glued together, like BrAngelo,” Jules says, jerking her head toward Brianna and Angelo, the school’s power couple, who seem to have an uncanny ability to be making out on my locker at the exact moment I need to get inside. “I think it’s great that you have a hot new boyfriend, but you better not ditch me.”

“Are you kidding?” I say. “I’m going to need your help. Being around Oliver is like when you’re babysitting a toddler and you realize the entire house is a potential danger zone.”

“Perfect timing,” murmurs Jules as Oliver’s bus pulls up to the front of the school.

You know how there are some moments in your life when time just slows down? When you remember every minute detail: how the wind feels against your face, how the freshly cut grass smells, how the snippets of conversation become a dull background buzz, and how in that instant, there’s only the beat of your heart and the breath that you draw and the person whose eyes lock with yours?

Oliver is the last one to step off the bus. His black hair is ruffled by the breeze. He’s wearing the white shirt and jeans I picked out for him, and an unzipped hoodie. A leather satchel is strung across his chest, and his green eyes search the crowd.

When he sees me, a huge smile breaks across his face.

He walks toward me as if there aren’t three hundred people staring at him—the new kid—as if it doesn’t matter in the least that the popular girls are tossing their hair and batting their lashes like they’re at a photo shoot, or that the jocks are all sizing him up as competition. He walks as if the only thing he can see is me.

Oliver wraps his arms around me and swings me in a circle, like I weigh nothing at all. He sets me down, then gently holds my face in his hands, looking at me as if he has found treasure. “Hello,” he says, and he kisses me.

I can feel everyone’s eyes on me, their mouths gaping.

Not gonna lie: I could get used to this.