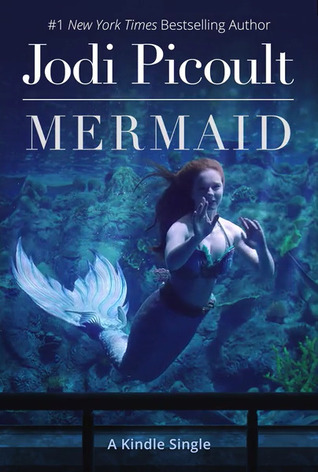 Once, Hope Payne was a mermaid, performing at the local theme park and captivating audiences young and old.

Today, she's married to a pragmatic marine biologist who has filled the pool in their backyard with flounder for a special study. Before he begins, the fish vanish —echoing a loss Hope alone can understand. She senses there's something underwater, something alive and hungry for more, but is she in too deep to ever resurface?

This Kindle Motion book can be read on any device, including Kindle E-readers. Kindle in Motion books include art, animation, or video features that can be viewed on certain Fire tablets and the free Kindle app for iOS and Android. You can switch features on or off at any time. 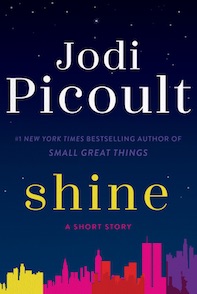 Jodi Picoult tackles issues of race and privilege in “Shine”. It's a prequel to her upcoming novel Small Great Things, and introduces readers to the unforgettable Ruth Brooks.

Today is Ruth’s first day of third grade at Dalton. The prestigious institution on New York’s Upper East Side couldn’t be more different from her old school in Harlem. Despite being the smartest girl in her grade, Ruth suspects that her classmates and teachers only see her dark skin. She also notices that Christina, the daughter of her mother’s employer, treats Ruth very differently when they’re hanging out with the popular girls rather than playing together. Ruth must navigate between two worlds, never losing sight of the dreams she has for herself—in hopes that someday, someone will see her for who she really is. 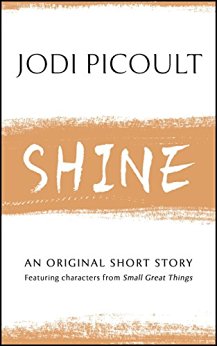 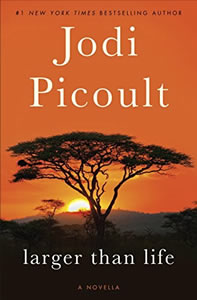 Set in the wilds of Africa, Larger Than Life introduces Alice, the unforgettable character at the center of Leaving Time; It's now available exclusively as an eBook.

A researcher studying memory in elephants, Alice is fascinated by the bonds between mother and calf—the mother’s powerful protective instincts and her newborn’s unwavering loyalty. Living on a game reserve in Botswana, Alice is able to view the animals in their natural habitat—while following an important rule: She must only observe and never interfere. Then she finds an orphaned young elephant in the bush and cannot bear to leave the helpless baby behind. Thinking back on her own childhood, and on her shifting relationship with her mother, Alice risks her career to care for the calf. Yet what she comes to understand is the depth of a parent’s love. 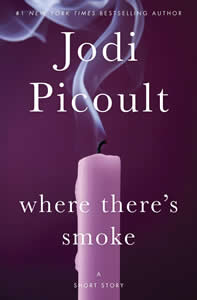 Meet Serenity Jones -- one of the three narrators in Leaving Time, my October 2014 novel.

Even as a child, Serenity Jones knew she possessed unusual psychic gifts. Now, decades later, she’s an acclaimed medium and host of her own widely viewed TV show, where she delivers messages to the living from loved ones who have passed. Lately, though, her efforts to boost ratings and garner fame have compromised her clairvoyant instincts. When Serenity books a young war widow to appear as a guest, the episode quickly unravels, stirring up troubling controversy. And as she tries to undo the damage—to both her reputation and her show—Serenity finds that pride comes at a high price. 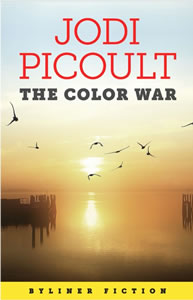 The Color War is a moving short story about the summer that changed a boy’s life forever. This coming of age story reveals an America where the lines between black and white, rich and poor, and insider and outsider too often divide minds and hearts and separate a child from his own sense of promise.

All Raymond wants to do is hang out with his best friend, Monroe, but life has other plans. This summer, his mother has decided to send him to Bible camp for inner-city kids. On the bus there, he dreams of the best night of his life, when he and Monroe slipped away from home and jumped the turnstiles to ride the subway to downtown Boston on New Year’s Eve. The elaborate ice sculptures on display thrilled them, especially an angel with outstretched wings that glowed ghostly in the night. Raymond wakes on the bus to what he takes for another angel: Melody, a camp counselor and lifeguard. Like all the staff, she’s white. Pretty, blond, and friendly, she’s the person Raymond most wants to impress during the Color War, the camp’s sports competition, and to whom he confesses his most painful secret, a loss that has made him grow up far too fast and left him wise beyond his mere nine years.

Will Raymond manage to connect to Melody—or anyone—when he’s so far from what he’s known and loved? Or will he discover that sometimes the road to hell is paved with good intentions? A searing look at race and what it means to survive our own color wars.